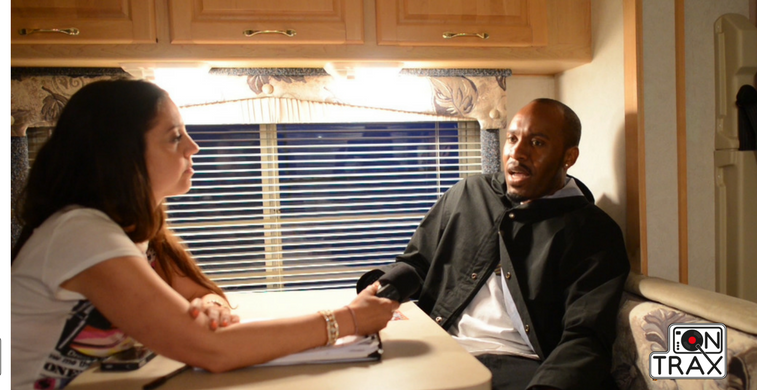 Dane J. Baptiste chats to OnTrax TV about comedy and how its a positive form of self expression ….

A solitary art form allowing a release from social convention.

Dane Baptiste is British stand-up comedian and writer. He was nominated for the “Best Newcomer” at 2014’s Foster’s Edinburgh Comedy Awards and his comedy series Sunny D premiered on BBC Three in Spring 2016.

Sunny D his new sitcom is up on iplayer now … BBC 3.

‘Dane is 29, ambitious, frustrated and very funny. He still lives with his parents, in a crammed box room which he shares with his mum’s cleaning equipment. He is a twin, which guarantees that any affection, support and enjoyment in his home life has always been split in half. Alongside his twin sister Kadean, Dane’s nemesis is his boss Steve, who represents everything that Dane is determined to escape from.

Dane needs his salary if he is ever going to break away from his privacy-free home life, but he is desperate to follow his dream. Driven on by personal ambition, the support of his girlfriend Nicola and best friend Sam, today could finally be the day when everything is about to change. ‘