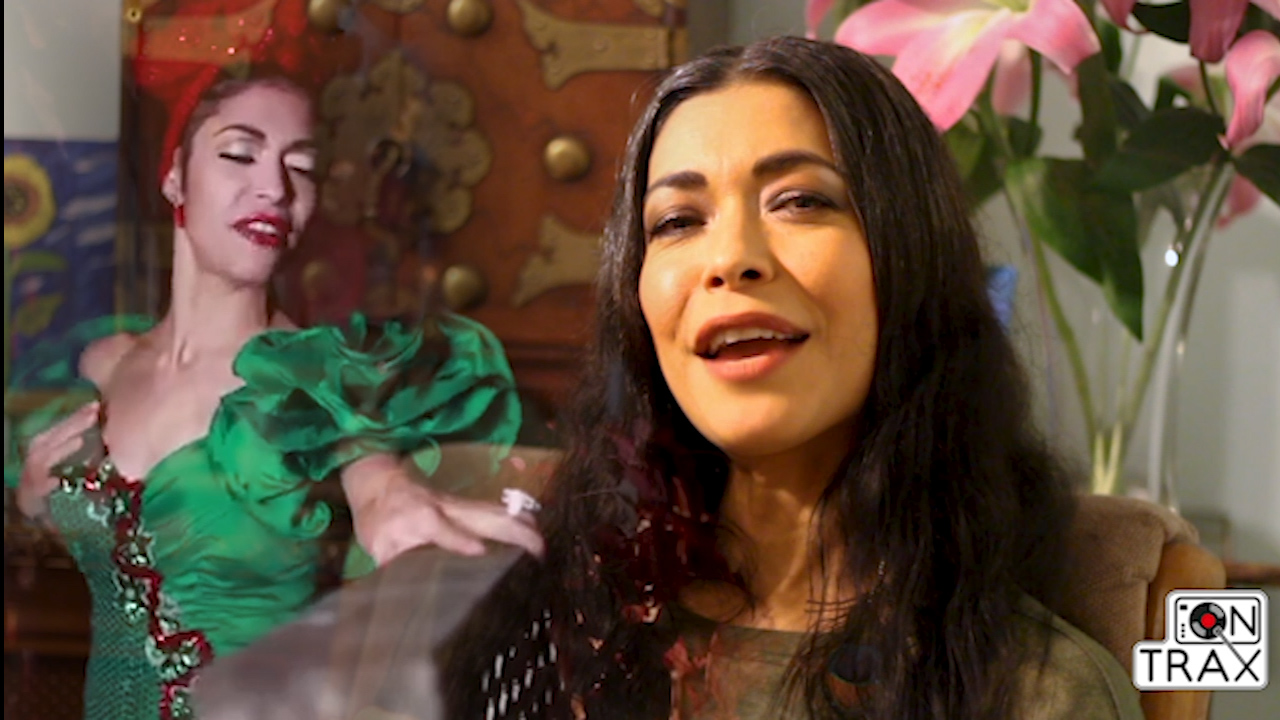 ‘Poetry Saved Me’ Be Inspired by Caridad De La Luz

In our interview with Caridad she performs, talks about how she teaches life changing writing skills, what led her to this kind of work and how poetry saved her life.

At the age of 20 she attempted suicide, luckily, she was unsuccessful.  Caridad discusses some of the hardships she faced that led her to feeling that she wanted to end her life.  Whilst trying to get herself back on track she turned to poetry which in turn healed her.  Since recovering from this time, she now helps people with learning to creatively write lyrics/poetry/thoughts and finding happiness.  She believes writing down your thoughts helps you to map out your journey.  Caridad recites a few of her poems during our interview, 1 of them was expressing her political views and conspiracy theories behind 9/11.  She discusses with Barbara her current projects, heritage, and poetry work at the Nuyorican Poet’s Café.  She then shows us her restored 1920’s trucking garage, El Garaje.  It’s a huge backyard garage which she’s converting into a creative arts space where she hosts events and artistic programming. (This interview was recorded pre pandemic).

Caridad is a “Nuyorican”, a term used for someone born in NYC of Puerto Rican heritage.  She’s based in the South Bronx, sometimes referred to as the Boogie Down Bronx because of its multicultural nature and influences.  She uses the performance name “La Bruja” for her musical projects (it means the witch but a “good” witch”.)  Between 1996 – 1998 she was a community organizer in the Hunts Point section of The Bronx where the focus was tackling issues like drug abuse, school dropout prevention & teenage pregnancy.  It was also at this time she started to build her reputation as a poet, performing at the renowned Nuyorican Poets Cafe – it’s an open space where poets, writers & performance artists meet, perform & exchange ideas.

This is where she developed her acting skills, inventing different characters, that led to her writing the musical play “Boogie Rican Boulevard”.  It had it’s off Broadway debut in 2001, was a critical success and so moved to the LATEA Theatre for a sold out 8 week run.  She was playing 7 different characters & The New York Times described her as “a juggernaut, an actor whose power of impersonation is like Whoopi Goldberg at her best”.

Community Activist – In addition to the community work she did in Hunts Point, she also set up an organization Latinas4Life around 2007 tackling issues specific to Hispanic girls & young women, and of course this all ties into the multiple workshops she’s run, whether teaching poetry at the Nuyorican Poet’s Cafe, or another programme “Write Your Way Representing Voice UnBroken” at YAFFA Cultural Arts.  She’s received several awards for this work.

Acting –  A writer & actress, appearing in the stage plays or musicals that she herself has written.  Much of the subject matter reflects her social experiences, the easiest way to describe her is a campaigner for humanity with an obvious interest in her own cultural background, but at the same time living in the Bronx, influenced by multi cultures.

Poetry & Music – Just another string to her bow, though the poetry is something she’s particularly renowned for.  In 2005 NYC’s Spanish language newspaper El Diario La Prensa named her as one of the 50 most distinguished Latinas in the USA.

One of her most powerful performances was given on HBO’s Def Poetry Jam hosted by Russell Simmons.  “W.T.C.” addressed the attack on the World Trade Centre www.youtube.com/watch?v=PcXgIw19K6M

In 2018 she was selected as an Artist Fellow by the Jerome Foundation which will allow her to learn more about Indigenous practices by visiting artists and healers along the Northwest Coast of North America, Peru & Africa.

This year even against all the set backs of the pandemic she has released new music.  Check out her youtube page to keep up to date with her latest work; https://youtube.com/user/CaridadDeLaLuz