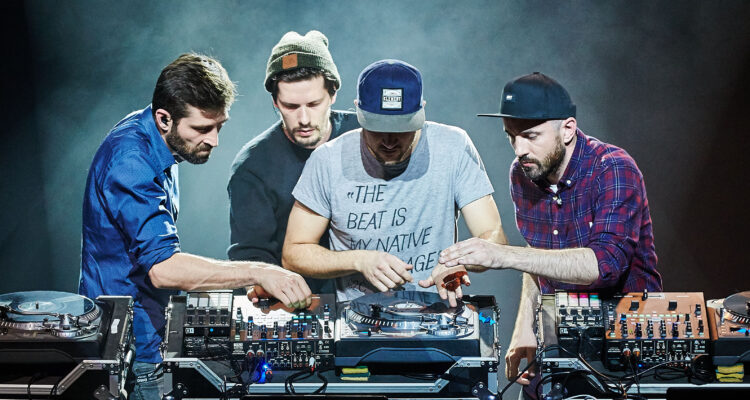 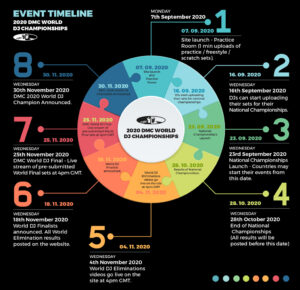 DMC and Technics together have developed a specialist online platform where freestyle DJs around the world will have the opportunity to take part, impress and compete in their own country championships followed by a chance to represent their country in the World Championships, their skilled performances will be filmed during lock down and staged entirely online in a series of heats, kicking off in the practice room as a warm up for the fans, followed by a step by step timeline, mixing and scratching their way to the World Finals which will be announced on 30th November.

British based organisers DMC host their popular DJ convention online in 2020 temporarily replacing their usual live format which all began in 1985 Hippodrome, London where Whitney Houston made her first public appearance. The event was a major success and later held in New York, Italy and Paris with the London residency at The Royal Albert Hall attracting American guest artists such as James Brown, Run DMC, & Public Enemy.

The organisers remain confident that this years competition although unique in format from previous years will be a a huge success.   They are expecting a lot more talent to step forward for the 2020 title, with many DJs readily available due to the negative impact of the pandemic in terms of work loss in the DJ & club live entertainment industry – All DJs will be safely performing from their home studios and there are no restrictions on the equipment that they can work with for the video uploads. 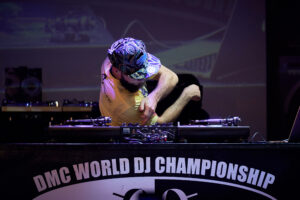 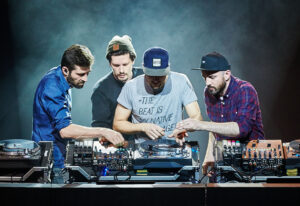 Legendary winners throughout the years have starred; Philadelphia’s Hip Hop artist, producer who was the first inductee into the DJ Hall of Fame, DJ champion Cash Money (1988), one of the most influential DJs of all time DJ Q-Bert (1992-1993), Craze the only solo DJ champion in history to claim the trophy three times consecutively (1998–2000), France’s C2C who took the title 4 years in a row (2003-2006), Japan’s KIREEK who won team champion five consecutive years from (2007-2011), and The Scratch Perverts (London) who became the champions in 1999. The reigning World Champions; DJ Skillz from France (2018-2019) and Supremacy Champion DJ Matsunaga from Japan (2019) will have an automatic entry into the World Final Eliminations if they wish to defend their titles this year. 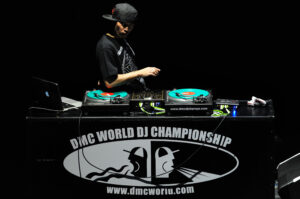 The winner will be crowned “DMC / Technics World Champion 2020” and will be the proud owner of a pair of “Technics SL-1200 MK7 Turntables” courtesy of the first 1985 DMC sponsor Technics Panasonic HQ in Osaka Japan who are back in 2020 as the official Global Sponsor of this event.  Tony Prince – DMC Founder said “We are so very excited about this year. The Platform we are creating will be incredible and we are so very grateful to Technics Panasonic for making this possible”. 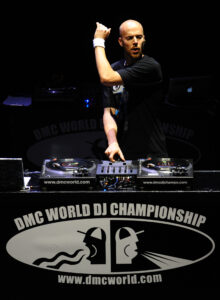 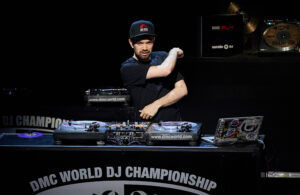