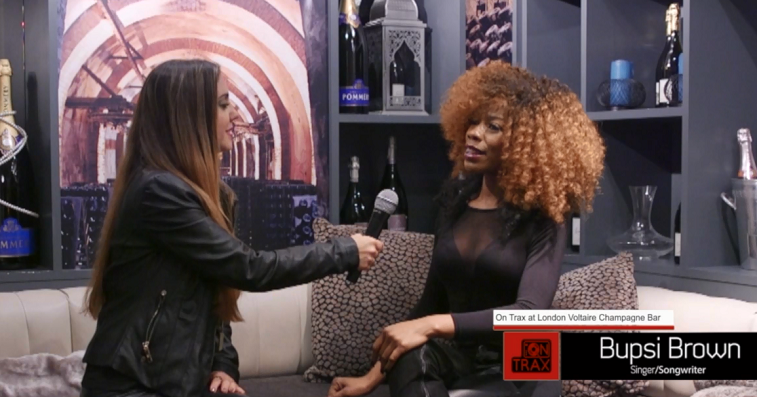 WATCH: Bupsi Brown chats about her time on X-Factor

Bupsi Brown was one of the stand-out characters on the early parts of the latest series of ITV1 show the X-Factor UK.
Getting all the way to the live shows Bupsi lit up the overs category with her energy and character.

Remembered in her auditions for seducing Simon Cowell, she showed tenacity and fight when she was told her original audition choice was a little flat and that she was a “too nice”.

What followed was a rip-roaring take on Tina Turner’s version of blues classic “Rock Me, Baby”. This gal from Leeds certainly has Tina’s energy and a whole lot more front to boot.

OnTrax TV caught up with Bupsi at the Voltaire Champagne Bar in London to chat about her time on the X-Factor and what she is up to now.