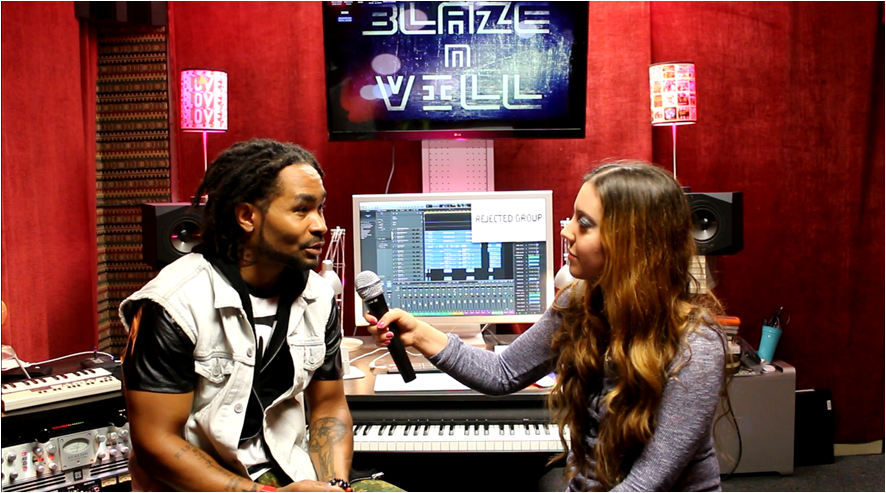 Barbara Be meets artist Tha Vill at his Hollywood Studio.

Tha Vill is an American singer and rapper known for his cutting-edge tracks and videos spanning R&B, Hip-Hop, Dance and Pop.
Vill has always been innovative whether it has been as singer, rapper, writing, producer or actor. Having teamed up with Grammy Award winning producer Alex Geringas to form the songwriting and production team Blaze and Vill, he can always be found at the studio with Alex working on new hits.

The duo’s work on the music for Netflix show “All Hail King Julien” earned them an Emmy nomination and they are currently working on tracks for 15 year-old sensation Jaira Noelani.

Barbara Be and OnTrax caught up with Vill in LA to chat through his career.